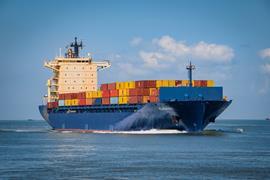 How the logistics and supply industries are adapting to the new post-Brexit conditions ?

From Eamonn O’Reilly’s office, the view extends over the whole of Dublin’s cargo port, with its cranes, containers and huge ships. To the left, a large blue shed dominates. “It used to be a warehouse, but now it’s the customs headquarters,” explains the Irish capital’s port manager.

Until the end of 2020, there were very few cargo controls at Dublin Port. Of the 1.5 million containers and semi-trailers imported each year, only 200,000 came from outside the European Union (EU). Brexit has turned everything upside down.

From 1st January 2021, the UK is no longer in the single market. “We now have to check the majority of it,” says O’Reilly. Customs is everywhere: in addition to this shed, several large plots of land are set aside for various controls, from kiosks for checking papers to truck “scanners” to spot any fraudulent goods. After just over a year in this regime, Mr O’Reilly sums up the Brexit in his own way: “What a mess!”

The port of Dublin is a fascinating summary of the profound economic reorganisation brought about by the British exit from the EU. In one year, the total amount of goods arriving in the Irish capital has remained roughly stable, with a slight decline of 4%. On the other hand, the flows have changed dramatically: “Before Brexit, two-thirds of goods came from Britain and one-third from the EU; now it’s half and half.” Many companies now prefer to bypass Britain, sending ships directly from France, Belgium or the Netherlands to Ireland.