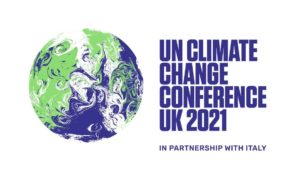 Here are the highlights from the second and lask week of the COP26. This week saw progress in areas of gender equality, transport and adaptation to converstion to Net Zero.

MONDAY
The week started with a focus on Adaptation, Loss and Damage :
• More than 70 world leaders committed to moving towards more locally led adaptation, endorsing the Principles for Locally Led Adaptation.
• $232 million was committed to the Adaptation Fund.
• The UK announced £290 million in funding to combat the effects of climate change, in a pledge to the world becoming resilient to climate change by 2030.

WEDNESDAY
Transport day :
• 30 countries agreed to work together to make accessible, affordable and sustainable zero emission vehicles the ‘new normal’ by 2030 or sooner.
• Other announcements involved the creation of “green shipping corridors”.

THURSDAY
This was the last themed day and focused on Cities, Regions and the Built Environment :
• The UK promised £27.5 million of funding to UCAP, a programme designed to help cities achieve Net Zero.

For more information on the outcomes and negotiations of the COP26, please click here.